Your Diabetes Is Not Your Fault 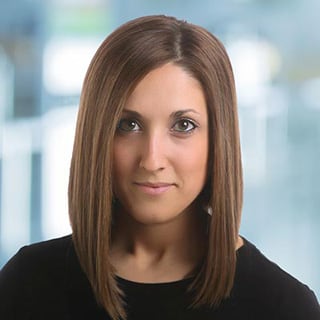 By now you’ve probably heard that a government official insulted people with diabetes last week. Given the high regard I have for all our type 2 diabetes patients working so hard to reverse their diabetes at the Virta Clinic, I couldn’t leave this insult unanswered!

During a talk at Stanford University, Director of the Office of Management and Budget Mick Mulvaney was asked about the American Health Care Act, the current Republican proposal; there are concerns that it could raise the cost of insurance coverage for people with pre-existing conditions. Mulvaney replied that there would be a safety net to protect those people. “We have plenty of money to provide that safety net so that if you get cancer you don’t end up broke,” Mulvaney said, according to a report in the Washington Examiner. But then he went on: “That doesn’t mean we should take care of the person who sits at home, eats poorly and gets diabetes.”

Now, I don’t want to debate politics or health care policy—neither is my speciality and neither is at issue. But let me get on my soapbox here, because I am outraged at this comment by Mr. Mulvaney! The unwarranted insult displays absolute ignorance. It’s just plain WRONG. (The American Diabetes Association called Mulvaney’s comment “misinformed.” I don’t have to be so diplomatic.)

Bottom line: You are NOT to blame for your diabetes.

First, since 1980 you’ve been responsibly following the government’s Dietary Guidelines for Americans. You’ve eaten a diet high in carbohydrates and low in fat.

During that time you’ve grown older, you’ve lived your life, and you’ve gained weight. All those carbohydrates just aren’t the right eating plan for someone who, most likely, is carbohydrate intolerant—something that probably runs in your family and that you were probably born with.

Along the way, doctors and practically everyone around you probably told you to eat less and exercise more. Great. Thanks. Who hasn’t tried that before? I think we can all acknowledge that this simply does not work! As we at Virta know, that advice is wrong because eating less (being hungry) and having to exercise more goes against how your body is meant to work. [1-4] All the advice did was make you feel like a failure.

So then, perhaps, you were put on medications to manage your diabetes, perhaps even insulin shots. But the problem with insulin is that it’s the hormone that makes your body store fat. And so that’s exactly what your body did: it stored fat. And you gained weight. And your diabetes got worse, so then you needed more insulin, which made you gain more weight, and so on, and so on.

Where in that story, exactly, does Mick Mulvaney think it’s your fault that you developed diabetes?

All I can say is, thank goodness we can help you here at Virta, where we have seen so many of you successfully stop that vicious cycle and reverse your type 2 diabetes. That's why what we say is, We’re on your side: this isn’t your fault, and you’re doing great.