Reversing the Trend of Diabetes Pharmaceutical Spending with the Virta Treatment 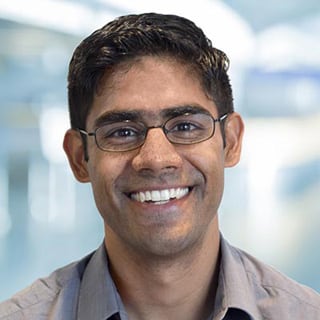 Three thousand eight hundred. That’s the number of people diagnosed with type 2 diabetes each day in the United States [1]. Current estimates suggest there are over 30 million Americans with diabetes, and the economic burden has ballooned to over $320 billion [2].

Meanwhile, insulin prices have increased 197% in a recent 11-year period and continue to rise [3]. As a result, the cost of medications is a frequently-discussed topic in healthcare and economics broadly. The International Society for Pharmacoeconomics and Outcomes Research (ISPOR) listed “Drug Pricing and Spending” and the disconnect between cost and health value as the number one trend among their member experts. Until recently, there have been no real solutions that demonstrate an ability to either reverse the growth of diabetes prevalence or decelerate the rapidly growing economic burden.

Virta Health is changing this. We have previously released peer-reviewed research on our core type 2 diabetes outcomes: 60% of patients experienced diabetes reversala at 1 year and 94% of insulin users reduced or eliminated usageb [4], while most cardiovascular risk markers improved [5].

We now have additional insight into the cost savings generated by these results. This week, Virta was honored to present at ISPOR’s annual conference and provide additional data on the economic impact of the Virta Treatment. By tracking daily changes in prescriptions for each patient and using medication pricing aggregated from over 60,000 U.S pharmacies, we were able to identify reasonable estimates of the costs savings of our approach [6]:

What is incredibly exciting about these results is that they represent substantial savings, yet only include medication costs. When including other direct medical costs, our modeling efforts have shown that the Virta Treatment may generate an average of $9,600 in payer savings over the first two years.

Returning to ISPOR’s 2018 report on healthcare trends, interestingly, number two on the list was how “transformative treatments” are adding to budget pressures. Virta sits at an interesting intersection of these top healthcare industry concerns. Our outcomes are demonstrating that transformative health improvements can go hand-in-hand with cost reduction—a rare combination in healthcare.

We still have a long way to go before we reach our goal and help millions of people reverse type 2 diabetes, but we, along with our patients, are very encouraged by our outcomes thus far. Since day one of Virta, our team has embraced the responsibility of being science-and evidence-based, and we look forward to sharing additional health and economic outcomes with you along our journey.