To Reverse Type 2 Diabetes, Flip the Food Pyramid Upside Down 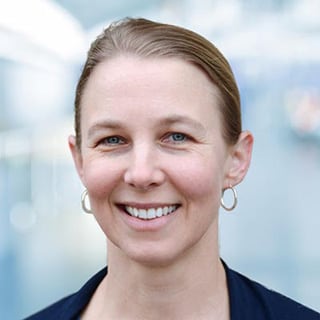 “Type 2 diabetes is a chronic and progressive disease,” I used to tell my Type 2 diabetes patients. The best I could do was encourage them to eat right and to exercise, while adding more and more prescriptions over the years.

A low carb, high fat diet puts patients into nutritional ketosis, a metabolic state of burning fat and using ketones rather than glucose for energy. Nutritional ketosis is clinically proven to directly reduce blood glucose (as measured by A1C and blood glucose readings), improve insulin sensitivity (as measured by HOMA-IR), and reduce inflammation (as measured by CRP). A clinical trial showed that with nutritional ketosis, health coaching, and medical supervision, 56% of patients were able to lower their HbA1c below the diagnostic threshold for type 2 diabetes in 10 weeks. 87% of patients who began the clinical trial on insulin were able to reduce or eliminate insulin entirely.¹

I’m saying “reversed” rather than “cured” because type 2 diabetes is reversible but it may resurface without maintenance. Nutritional ketosis, bariatric surgery, and hypocaloric diets show clinical evidence of diabetes reversal, including reduced or eliminated diabetes medications. However, nutritional ketosis is the most effective treatment for sustainably reversing type 2 diabetes because patients can stick with it. At six months, 89% of patients in the aforementioned clinical trial were still enrolled and adhering to the protocol.²

Nutritional ketosis as a tool to reverse type 2 diabetes: How does it work?

Contrary to national dietary guidelines, a high fat diet is clinically effective for weight loss if carbohydrates are restricted and protein is moderated. The dominating theory that dietary fat causes heart disease and high cholesterol has been largely debunked.³⁻⁸

What is the timeline for nutritional ketosis to reverse diabetes?

Not all diets are created equal but a well-formulated ketogenic diet, based on whole foods, is a healthy and sustainable way to reverse type 2 diabetes. Reduction of medications under medical supervision allows people with Type 2 diabetes to safely return to a normal metabolic state.