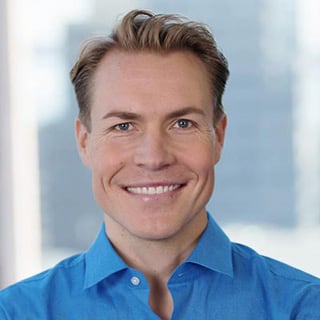 Today, I have the exciting privilege to announce that two year results from Virta’s clinical trial examining type 2 diabetes reversal are now peer-reviewed and published in Frontiers in Endocrinology!

Before getting into the results, I want to thank all of our clinical trial patients for their ongoing commitment to the Virta clinical trial. Virta’s success is a co-production: diabetes reversal depends on the work of our team and our patients. We would not have this news to share today without the choice made by women and men like Nina and Andy — and hundreds of others — to join this clinical trial three years ago.

As for the results, they speak to the long-term effectiveness and sustainability of the Virta treatment. There are so many reasons that I am excited about them, but here is a distillation of my top three:

1. Rapid diabetes reversal with 2 year sustainability in all key indicators

We’ve already shown in our earlier type 2 diabetes research that we can reverse type 2 diabetes rapidly in under 10 weeks and sustain at 1 year. Now, we are proving that the Virta Treatment can be sustained for 2 years: 55% percent of patients who completed two years of the Virta clinical trial achieved diabetes reversal, which means they naturally lowered their blood sugar below the threshold for diabetes diagnosis and made the elimination of expensive, diabetes-specific medications a necessity.

Just as exciting is the fact that 74% of all patients who began the clinical trial were still taking part in the Virta Treatment. As context, 20% of new prescriptions for chronic diseases go unfilled, and among those filled, approximately 50% are taken incorrectly. In other words, our patients are more likely to follow the Virta Treatment than the average person is to just “take a pill”.

When considering these results, it is also worth noting that these patients began the trial with an average starting A1c above 7.5% and had lived with diabetes on average for 8 years before starting our clinical trial. Some patients, like Nina, had been on insulin for 20 years before starting Virta. So these patients weren’t just recently diagnosed with T2D, making it much harder to achieve diabetes reversal and sustain it.

These sustainable (and transformational!) health improvements fly in the face of recent news about how the overall cost of type 2 diabetes in the US grew from $245 billion in 2012 to $404 billion in 2017. Virta Treatment is now a scientifically proven treatment to this massive problem.

2. The need for diabetes-specific medications continues to drop, even at 2 years

Typically type 2 diabetes is treated as a chronic, progressive disease and even under the best traditional care, the need for diabetes medications increases over time. In contrast, on Virta, for the entire trial group who completed two years, 67% of all diabetes-specific prescriptions were eliminated at two years. Of the patients that began the trial on insulin, more than 90% reduced or eliminated their insulin dosage and improved their HbA1c at the same time. All patients also discontinued taking sulfonylureas. These two medication classes, insulin and sulfonylureas, are particularly exciting because both increase the risk of weight gain and dangerous hypoglycemia.

It is also worth noting that patients who began the trial on insulin were spending on average an estimated medication cost of $10,461 per year, so these sustained reductions in medications translate into substantial cost savings to the patients and the payer.

3. Additional benefits beyond T2D reversal persist for our patients

As we have shown in our clinical trial results previously, T2D reversal on Virta carries other advantages, too. Most tangibly, our patients lose weight and keep it off: on average 12% of their body weight at two years, which comes out to 30 pounds! This is an unheard of level of sustained, average weight loss.

Virta patients also demonstrated significant improvements in markers for two major chronic diseases related to T2D: cardiovascular disease (CVD) and non-alcoholic fatty liver disease (NAFLD). Both of these conditions are highly correlated with T2D, do not have definitive treatments, and are extremely costly. CVD is currently the costliest disease in the US at $555 billion in 2016, and the cost of NAFLD has steadily grown to $103 billion in direct medical costs annually in the US alone.

When you take all of these health benefits into account, it is clear that the Virta Treatment gives patients a proven alternative that gives them the power to live life on their own terms instead of accepting that the best they will be able to do is manage their chronic, progressive conditions with no hope in sight.

Thanks from us, to you

The opportunity to give people the medical care they need to win back the story of their life drives everything we do at Virta. We’ve come a long way since we started our clinical trial in August 2015, yet it is still Day One for us as we work towards our mission of reversing type 2 diabetes in 100 million people by 2025!

Thank you to our supporters, our partners, and especially our patients for working with us to make diabetes reversal a reality.