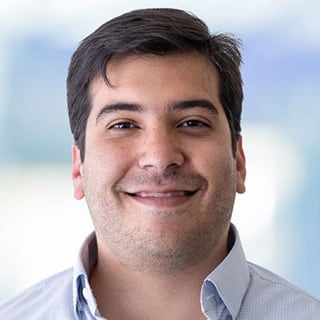 Daniel Loreto is the Head of Engineering at Virta Health, where he leads the development of Virta’s clinician and patient tools that are central in bringing type 2 diabetes reversal to millions of people.

Prior to Virta, Daniel spent over four years at Airbnb where he held several leadership roles, including as an internal business unit head of engineering. Daniel previously worked at Twitter where he led engineering efforts in the New York City office after joining via the acquisition of Julpan, where he was part of the founding team. He also spent significant time at Google as a senior Software Engineer, working on Search Quality and developing several patents.

Daniel attended the Massachusetts Institute of Technology, where he earned three degrees in Computer Science, Mathematics, and Electrical Engineering. Originally from Venezuela, he has lived in 7 different countries. Thankfully for Virta, he has now settled in San Francisco’s East Bay, enjoying all it has to offer with his wife and son.